People urged to look out for and respond to signs of abuse among elderly family, neighbours and friends 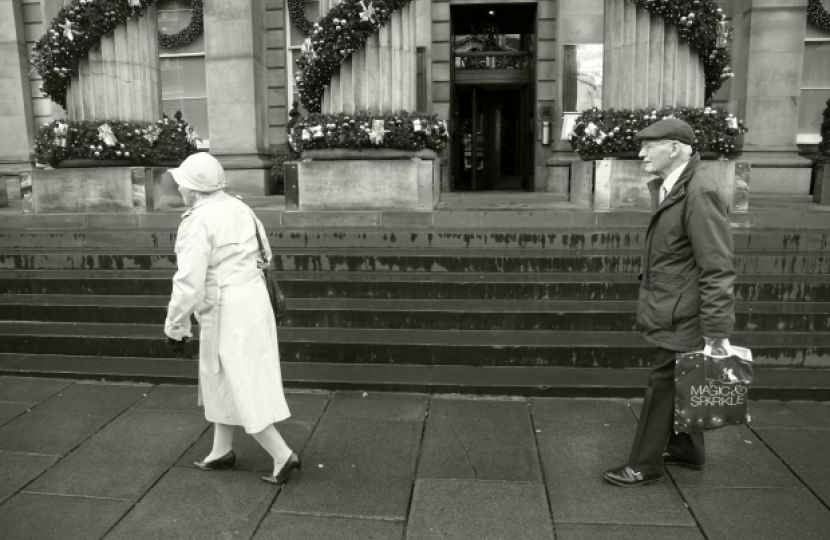 With a growing global population of elderly people, and as longevity increases, sadly abuse of the elderly is an increasing and serious problem that affects health and human rights and can cause death.

Elderly people are particularly vulnerable to abuse and to being unable to defend themselves and get help, with fear and infirmity being major barriers to them seeking and getting help.

Sometimes spotting and challenging abuse in the elderly isn’t easy, some are isolated having outlived family and friends, and some are abused in institutions where abuse is not spotted or is covered up, and in some cases the elderly are not given priority by authorities in abuse matters.

For this year’s World Elder Abuse Awareness Day, which took place on June 15th, Hourglass Cymru, the only national charity focused on the abuse of older people and championing safer ageing, launched a myth busting campaign and highlighted some of the signs of elder abuse which people need to look out for:

Myth No. 1: Most abuse of older people occurs in nursing homes.

Myth No. 2: Caregivers who abuse do so because they are stressed.

Fact:  We know that taking care of an older loved one can be one of the most challenging duties you can undertake but the vast majority of family caregivers do not abuse their loved ones. Most stressed caregivers do not harm the person they care for.

Myth No. 3: If older people say they are not being abused, it didn’t happen.

Fact: Many older people who are victims of abuse decide not to tell anyone what happened to them. Many don’t report the abuse because they are afraid of getting a loved one in trouble. Some don’t report the truth because they worry the alternative — such as going to a nursing or care home would be worse.

Myth No.4: Domestic abuse within an intimate relationship only involves younger couples.

Fact: Between April 2021 and March 2022, Hourglass received 653 calls related to older victims of domestic abuse, although the number of yearly UK cases is far higher than that. Domestic abuse is not just about younger couples –it’s just as important to understand the domestic abuse of older victim survivors too.

Myth No.5 – There is nothing you can do to support older victims of abuse

Fact – This is untrue, there are a number of things you can do to support older friends or family members who you fear or know are victims of abuse. These include phoning the Hourglass helpline (08088088141), finding a useful support organisation local to you through our knowledge bank signposting tool, or talking to a trusted friend or family member, your GP, or your local authority/trust adult safeguarding team.

It is vitally important that we all look out for and respond to signs of abuse among elderly family, neighbours and friends.

Shockingly, Hourglass research reveals that more than 1 in 3 people do not believe that ‘acts of domestic violence directed towards an older person’ count as abuse. This needs to change. We need to ensure that older people are well cared for and treated with respect, after all we will all be old one day.

If you or someone you know has been affected by abuse please make that call and talk to the 24/7 Hourglass team on 0808 808 8141, visit their website for Instant Message support or text their confidential SMS service on 07860 052906