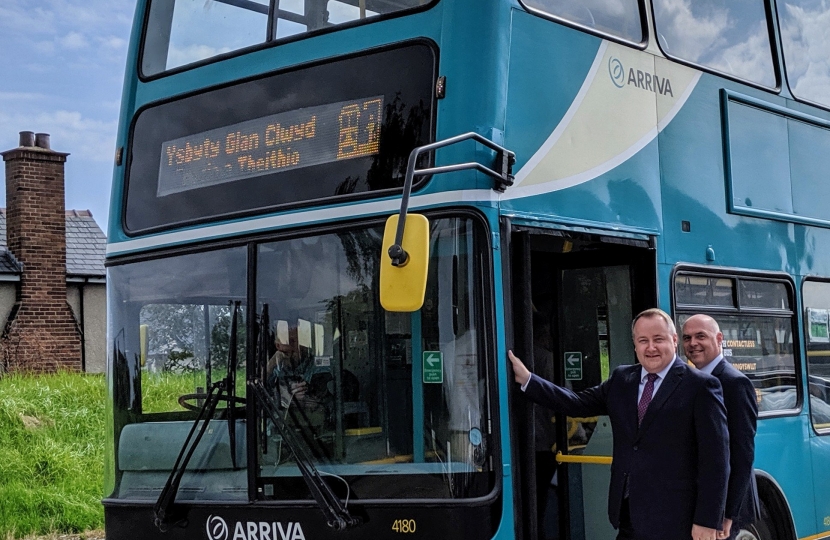 The Welsh Government has received angry backlash this week following an announcement that they will be increasing the age at which people qualify for free bus passes from 60 to the state pension age.

Clwyd West AM Darren Millar has slammed the proposals accusing the Welsh Government of breaking it's pre-election promises to the elderly.

Reacting to the news, Darren said:

“This announcement is nothing short of disgraceful. Welsh Labour promised to protect free bus passes at the last election but these plans will see tens of thousands of older people losing their eligibility.

"It's yet another kick in the teeth from the Labour Party following their opposition to my proposals to enshrine the rights of older people into Welsh law, which they voted against last year.

"Many older people will be deeply concerned at this news, especially those who rely on their bus pass to maintain their independence and an active social life."

“This announcement shows that Labour don't care about older people and can’t be trusted to keep their promises. My constituents can rest assured I will be fighting tooth and nail to oppose these proposals."

"Far from restricting free bus passes, the Welsh Conservatives should be adopting Welsh Conservative proposals to extend them to 16 - 25 year olds which would help to safeguard bus services throughout the country as well as helping younger people to get to a place of education or work."

In a statement the Older People’s Commissioner for Wales, Helena Herklots CBE said:

“Accessible and reliable public transport is essential for older people, supporting them to remain independent, get out and about, visit friends and family, do the things that matter to them, attend medical appointments, access services and stay connected to their communities.

“Based on what the Minister has said in his statement regarding impact assessments, it seems that the Welsh Government has not yet fully considered what the impact of its proposed changes will be, or what action should be put in place to mitigate this impact. I therefore oppose the Welsh Government’s proposals and would urge them to reconsider.”