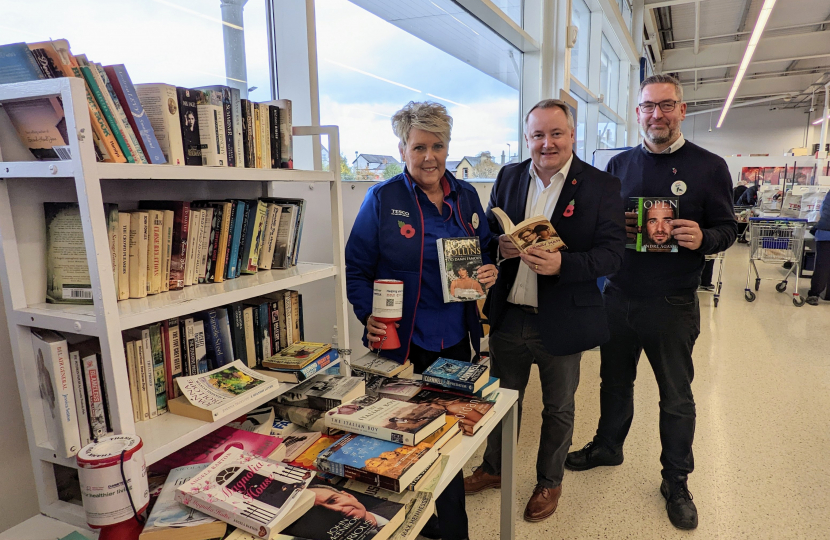 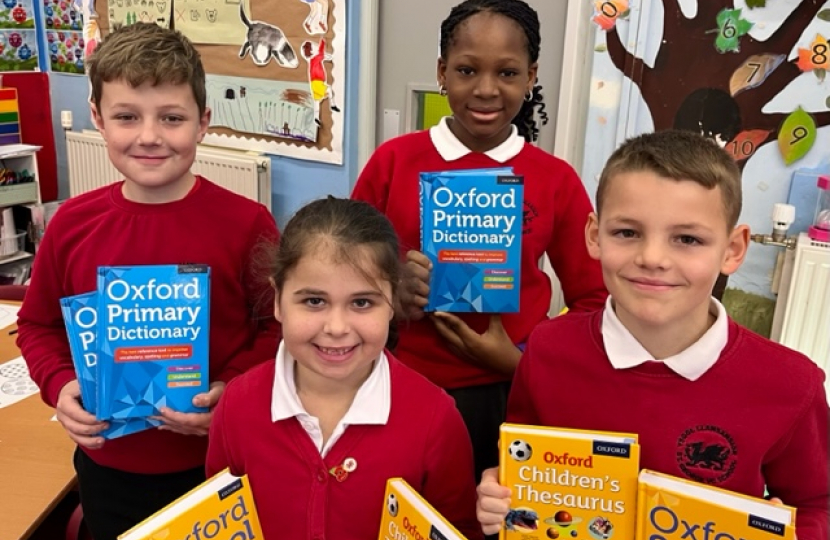 Schools and local groups in the Abergele area have received a cash boost thanks to one of the country’s leading supermarkets.

The supermarket has also awarded £300 to the Abergele’s Autumn Club and Stroke Club (both in Abergele), who used the money to take the members out for Afternoon Tea, and donated £1,000 to St Kentigern’s Hospice.

Clwyd West MS Darren Millar visited the store last week to meet with Community Champion, Jan Williams, and Store Manager, Matt Ruskow, to thank them for their efforts and learn more about the support available to local groups.

“It was great to meet with Jan and Matt and to hear how through their community grants they are helping so many schools, groups and organisations in the area.

“As the store’s Community Champion, Jan, does an incredible job and is one of the major links between Abergele Tesco and the community it serves.

“It was clear during our meeting that Tesco cares passionately about their community and the role they can play in supporting it.

“The latest funding the store has awarded local schools and organisations will benefit a great many in the Abergele area and I thank Tesco for the instrumental role they are playing in the local community.”

“It’s a pleasure for Tesco to be able to give something back to the community groups and schools which mean so much to our shoppers. We are grateful for the generosity of our shoppers and value our partnership with the various groups who we support.”

During is visit, Darren was show the store’s community book exchange table and met with volunteers on the Royal British Legion Poppy Appeal stand.