Welsh Government accused of “cosying up” with communist country 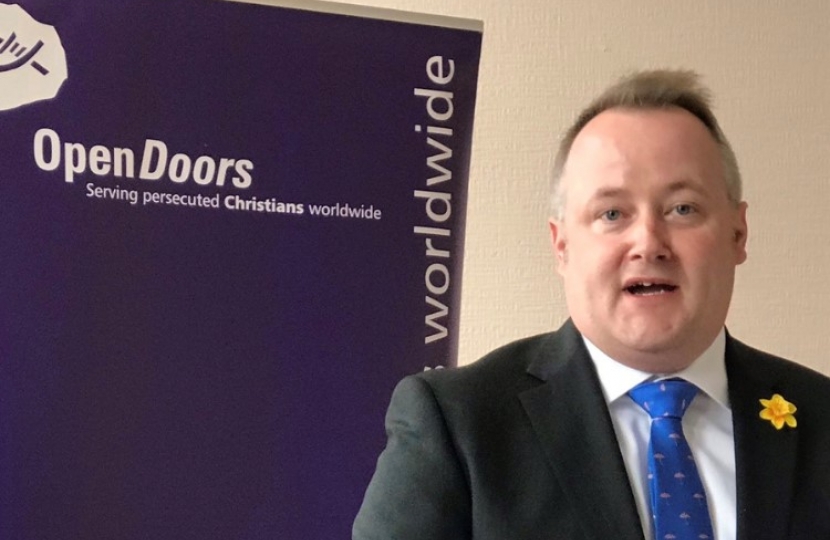 Clwyd West Assembly Member Darren Millar has hit out at the Labour Welsh Government for “cosying up” with a communist country which is regularly accused of human rights violations.

Darren made the accusations in the Welsh Parliament this afternoon when he challenged the International Relations Minister, Eluned Morgan AM, over her Government’s relationship with Vietnam.

The Welsh Government has been bidding to attract Vietnamese students to Welsh universities and Education Minister Kirsty Williams has visited the country as part of efforts to promote the sector. Last year she signed a memorandum of understanding with the Minister of Education and Training in Vietnam, Xuan Nha.

During today’s Plenary, Darren hit out at the Welsh Government for "rolling out the red carpet" for the Minister when he visited in 2019.

“I am a little concerned that the Welsh Government has been cosying up to the communist Vietnamese Government in recent years, particularly through the Wales-Vietnam education link.

“The Welsh Government rolled out the red carpet for a visit by the Vietnamese Education Minister last year, less than 12 months ago. As you will be aware, Minister, the Vietnamese regime is a police state, which is regularly accused of human rights violations.

“I think the Education Minister should be educated in relation to the rights of Christians in Vietnam, which are being violated on a regular basis. According to the charity Open Doors, Vietnam is one of the top 50 persecutors of Christians in the world, with those from ethnic minorities particularly hard hit, facing violent attacks, harassment, the tearing down of their places of worship and imprisonment. Can I ask, as the International Relations Minister, what discussions you've had with Vietnam on its human rights record, particularly in relation to the Christian community there? And what action are you taking cross-Government to ensure that there's a joined-up approach in addressing these human rights issues with Ministers, such as the Vietnamese Education Minister, when they visit in the future?”

In her response, the Minister defended her Government's work with Vietnam, stating it is "very proud" of its "strong education relationship with Vietnam".

“Having visited Vietnam to meet with Christians facing persecution in the past I am very disappointed that the Welsh Government hasn’t taken the opportunity to date to raise concerns about the country’s human right record and it’s treatment of religious minorities.”