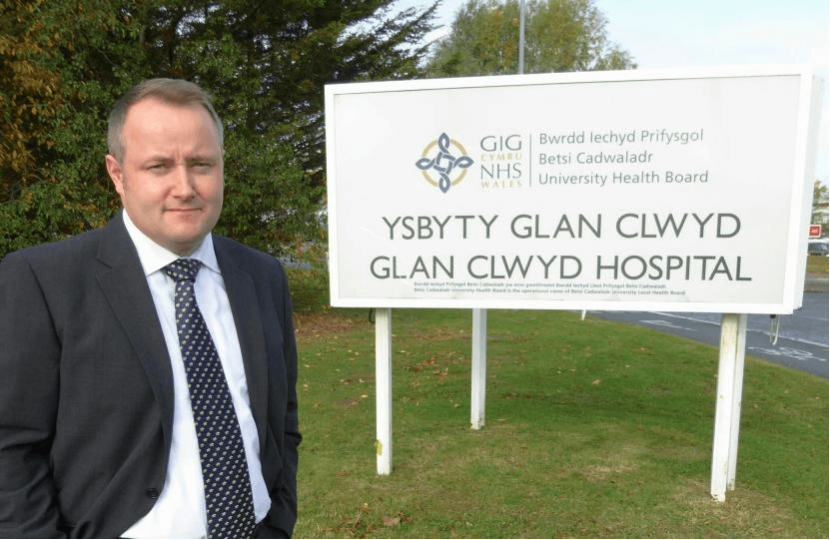 The Welsh Minister responsible for turning around performance and leadership at Wales’ largest health board should accept responsibility for its failings and resign, says a North Wales AM.

The calls come in the wake of a report which was published last week into leadership and governance at the Betsi Cadwaladr University Health Board which was placed into special measures by the Welsh Labour-led Government three years ago following findings of ‘institutional abuse’ on the Tawel Fan mental health ward at Glan Clwyd Hospital in Bodelwyddan.

Ministerial oversight of the special measures has been the responsibility of Vaughan Gething, the Cabinet Secretary for Health, but the report last week criticised the pace of change at the Board and exposed serious failings to implement agreed action plans, including over the last three years.

‘It’s been more than three years since the Betsi Cadwaladr University Health Board was placed in special measures yet its governance and leadership failings have continued to the present day.

‘This latest report clearly demonstrates that the Welsh Government have failed to get a grip on the serious problems at the Board and that their interventions aren’t working.

‘As the person responsible for special measures at the Board, the Cabinet Secretary owes an apology to patients and their families in North Wales and should do the decent thing and resign; he clearly isn’t up to the job.

‘We need a new Health Secretary with the ability to take the action necessary to remove those responsible for the failures at the Board and put an action plan together to turn it around. The people of North Wales deserve nothing less.’